Mark was described by Microsoft’s CEO, Satya Nadella as one of “the most inspiring people I met” after they discussed the ways technology is changing how people learn.

Following Mark’s contribution to the World Economic Forum’s annual meeting in Davos, the Head of Public Engagement and Foundations said, “Mark doesn’t just talk about the transformative intersection of technology and humankind, he lives it”.

It is tough to build resilience and collaborate with others. Your people won’t do it by chance. With a high-impact catalyst you can help them act with the courage to make it happen. Mark Pollock is that catalyst.

He says, “The reason to bring in a speaker is to move the audience emotionally. It can never be about the speaker, rather it must be about engaging the audience to help them achieve more than they thought possible – that is what I aim to do every time.”

Unbroken by blindness in 1998, Mark became an adventure athlete competing in ultra-endurance races across deserts, mountains, and the polar ice caps including being the first blind person to race to the South Pole.

In 2010, a fall from a second story window nearly killed him. Mark broke his back and the damage to his spinal cord left him paralysed. Now he is on a new expedition, this time to cure paralysis in our lifetime by exploring the intersection where humans and technology collide.

Using his hard-earned expertise, Mark has inspired millions of people to achieve more than they thought possible in hundreds of organisations worldwide as well as TED2018, Davos, the Web Summit, the World Economic Forum, EG and Wired.

As a speaker, Mark is best known for his 2018 TED Talk focused on resolving the tension between acceptance and hope delivered jointly with his fiancée, Simone George. It gathered over 1.5 million views in its first 6 months on TED.com and has been translated into 12 languages.

Click the button to read more about each topic.

Sometimes we choose our challenges, sometimes our challenges choose us. What we decide to do about them is what counts. Deciding to be a competitor, a realist and a collaborator offers leaders and their teams a chance of maintaining a resilient mindset under pressure.

Mark’s keynote on adversity and challenges uses the power of active decision making to deal with challenges, regardless of where they come from, to help leaders and their teams become more resilient.

Uncertainty and change typify a crisis and it’s difficult to lead in such circumstances. By providing leaders and their teams with insights into the resilience, attitude and decisions of others facing extreme circumstances Mark helps people to develop the intrinsic motivation to move forward.

Mark’s keynote on leadership and motivation delivers deep insights for leaders to navigate through the crucible moments they face and inspire others to achieve more.

Mindset & Performance – Challenging Expectations to Perform at a Higher Level

It is tough to deliver world class performance. Leaders and their teams won’t do it by chance. With a high-impact catalyst they have a chance of building the courage to make it happen.

Mark’s keynote on mindset and performance is that catalyst – it challenges leaders and their teams to examine expectations of themselves and others to perform at a higher level.

Galvanising a disparate group of people around a common goal is not easy. Yet when it happens, when we collaborate, that is when major breakthroughs happen.

Mark’s keynote on collaboration and teamwork provides leaders and their teams with insight into how high-performance teams get things done when others can’t.

Exploring the intersection where humans and technology collide is essential for organisations to maintain their competitive edge. By raising the consciousness of their teams to next generation technologies, leaders will empower and encourage innovation at the edge.

Mark’s keynote on human enhancement provides leaders and their teams with insight into the transformative intersection of technology and humankind as he explores a cure for paralysis using robotics, neuro-modulation, brain machine interfaces and AI.

To discuss how Mark can help your organisation achieve more, contact us by filling in the form below:

If you receive an error message while attempting to send your message, please refresh the page and complete the contact form again. 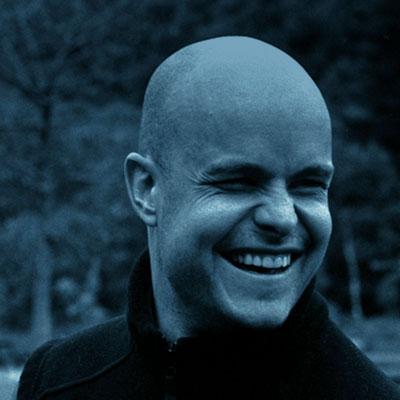 Mark presented at our Global Sales Partners Conference in Twitter and was exceptional.  His ability to link his personal story to people’s everyday life and work challenges was excellent. The session was not just about listening to an incredible story, it was a chance for everyone to really think about themselves.  There is something in this talk for everyone.

Mark presented at our North American Leadership Conference in Chicago. It was attended by 200 of HSBC’s senior managers across Canada and the USA. Given the complexity of today’s financial services industry, Mark’s insight into the motivational challenges facing our management teams was accurate and his suggestions and ideas were equally relevant.